This MasterClass covers lessons for the Dramatic Arts Theoretical Paper for the Grade 12 IEB examinations. 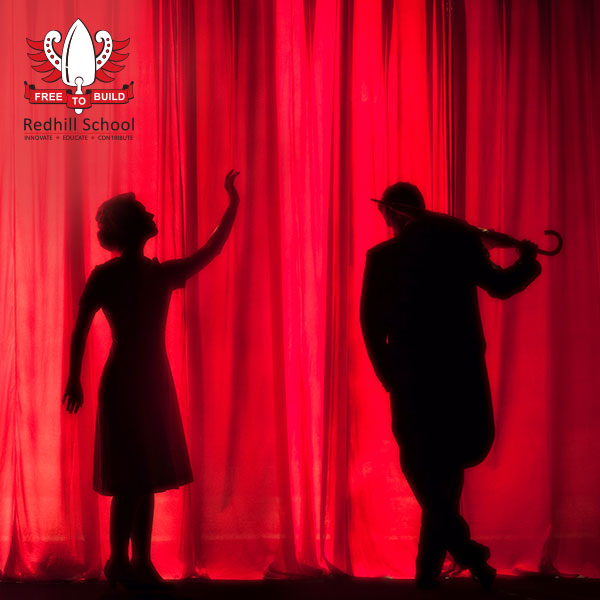 The Dramatic Arts MasterClass Series was produced to highlight, clarify and refine the most important concepts when studying the theoretical content as described in the Subject Assessment Guidelines (SAGs) for Dramatic Arts.

The Dramatic Arts videos cover the following:  What and how to study for Fugard, Kani and Ntshona’s The Island. An interview with Nat Ramabulana- a well known South African Actor and theatre deviser who shares his thoughts in a conversation with Callie on how to take The Island from page to stage using the theoretical knowledge.

Students are encouraged to review their notes and the plays before watching the videos so that they can use the MasterClass videos as part of their revision.

Callie Fields’ began her career in the Arts as an actress and is privileged to have performed at The Market Theatre and at the National Arts Festival. She was persuaded to move into teaching by her Dramatic Arts teacher and had the opportunity to be part of the first Drama Department established at Crawford College. She then accepted the position of Director of Dramatic Arts at St Stithians College where she established the Dramatic Arts Department. Callie recently moved to Redhill School where she continues to teach Dramatic Arts with as much passion as when she first began many years ago. Callie holds a Rhodes University Arts Degree and a PGCE from Wits University. She is currently an IEB Sub Examiner for the theory paper and Examiner of the practical section.

Nathaniel Fhumulani Ramabulana, better known as “Nat” to his friends and colleagues, was born in 1983. He hails from Venda royalty, although much of his life has been spent in Johannesburg. In 2006 Nat completed an Honours Degree in Dramatic Arts and while studying he was awarded the Richard Haines Prize for the student with exceptional ability in any aspect of Dramatic Art, who demonstrates a commitment to his craft within the South African context.

Nat has gone on to win numerous awards including a SAFTA Award for Best Ensemble in 2010 as well as a Naledi Award for Best Supporting Actor in 2011. Nat's personal highlights include being selected as one of Mail & Guardian's Top 200 Young South Africans 2011. Nat continues to be passionate about the Arts industry in South Africa and would in the future like to contribute more as a writer and creative producer. To date he has published two plays, which he co-wrote with fellow actor Atandwa Kani - Hayani and ID Pending; both plays premiered at The National Arts Festival in 2009, to critical acclaim. Hayani went on to claim top honours at the 2013 Naledi Theatre Awards, when it received the award for Best New SA Script. In addition, Hayani had the honour of being performed at the Edinburgh Arts Festival 2014 as part of The Assembly Fringe. It garnered one futher accolade when it was considered for the Amnesty International Freedom of Expression Award.

Nat loves being on stage and was fortunate enough, in 2010, to take part in an exceptional work called The Girl in the Yellow Dress. He completed a total of 165 performances as the show enjoyed runs at The Market Theatre in Johannesburg, Live Theatre in Newcastle, Citizens Theatre in Glasgow, Stadsteater in Stockholm, Baxter Theatre in Cape Town, The Traverse Theatre in Edinburgh (as part of The Edinburgh Arts Festival) and , owing to public demand, enjoyed a return run at The Market Theatre due to popular demand.

In 2014 Nat was part of an international tour to New York City, where he performed at Carnegie Hall, in a musical performance with an element of theatre. The show was called A Distant Drum and it was composed and written by the father and son duo of Daniel and Christopher Hope. This was part of the UBUNTU: Music and Arts of South Africa Festival. The show told the tragic story of the gifted Nat Nakasa, who was played by Nat.

In 2015 Nat enjoyed another international tour to Toronto, where he had the distinct privilege to play one of the most iconic characters written for South African theatre, i.e. Johnny, in the play Nongogo, written by Athol Fugard, directed by James Ngcobo and staged at the Berkeley Street Theatre, as part of the Canadian Stage’s Spotlight South Africa Festival. Nat performed in a 2017 production of the The Island, directed by Dr John Kani and staged at The Market Theatre.

Nat has enjoyed many lovely and exciting roles in both film and television productions; attendant highlights include working with Leonardo di Caprio, in Blood Diamond, and Ryan Phillipe in Bang Bang Club. Most notably for Nat, in 2018 he was cast in an exciting supporting role- Sergeant Werar - in the Swedish film 438 Days; later in 2018, Nat was cast in the riveting role of Sergeant Major, in the BBC's thrilling series Noughts and Crosses. Nat is also a lead cast member on SABC 2’s much loved soapie, Muvhango.