This MasterClass presents lessons for English Home Language; it addresses the fundamental skills required by both IEB Paper I (Reading and Viewing) and Paper II (Writing and Presenting). 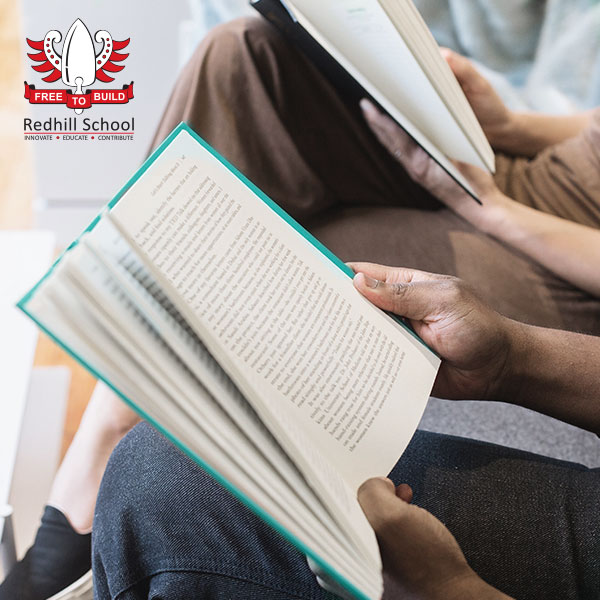 Preview this subject
R1100
Buy now
Includes:
What will I learn?

The English Home Language MasterClass Series was produced to highlight, clarify and refine the most important concepts and skills required to navigate the examinations, as outlined in the Subject Assessment Guidelines (SAGs) for English Home Language. With its main focus largely on answering technique, the Series aims not only to address the challenges in each of the examinations (Paper 1: Reading and Viewing and Paper 2: Writing and Presenting) but also to engender in the students an empowering sense of confidence. Each video is presented by highly qualified, highly experienced teachers who provide insightful advice and hints in their individual areas of expertise. Students who choose to work through the Series, or parts thereof, stand to gain immensely in terms of their examination preparation.

Tayla Blaire Kaplan is a teacher of English, freelance writer, cat-mom, intersectional feminist and sometime gardener - not necessarily in that order. After completing her BA in English and Psychology and her Honours Degree, she completed a PGCE and taught at Crawford College Sandton for five years. In 2020, she has taken up the post of IBDP Language and Literature at Redhill School whilst continuing to teach IEB Matric.

Natalie Sherman started on her path to a career in Education by completing a BA at Wits University, majoring in Psychology and Italian. She followed that with an Honours Degree in Psychology from the University of Johannesburg and a Psychometrics internship at Tara Children’s Clinic on her path to getting her Master's in Educational Psychology.  Prior to starting the Master’s Degree, she was required to do a teaching diploma, which she did through the University of Johannesburg, and while doing her teaching prac at Redhill High School (her alma mater), the teaching bug bit and psychology was abandoned.

Natalie has been teaching English at Redhill for 21 years and has three sons currently in Grade 5, 8 and 11. She is passionate about her subject, her school and her sons.

Tino Pinheiro has been teaching for 37 years and has 26 years’ experience of IEB Matric English Home Language. He has been on the IEB marking panel for PAPER I for 16 years and has also been a PAPER I Senior Sub-Examiner for 15 years. In addition, Tino worked for the IEB as Oral Moderator for 11 years.Tino has been invited and presented at numerous IEB Subject Conferences, both regional and National. At Redhill School, he was Head of Department – English Home Language from 2004 to 2007, when he was appointed Deputy. Tino’s personal philosophy i.r.o. English teaching – “The secret lies in teaching students to fall in love with words and to invent their own personal ways of arranging them. When a student grows appreciative of words, and writing, he or she begins to engage with writing and to identify as a potential ‘writer’, and resultantly all other areas of English begin to benefit greatly. So let’s teach writing, and more writing, and even more writing.”

Vaughan Carlisle began teaching, as so many do, in a large government school, Northcliff High, in 1993. After bouncing in and out of teaching for a number of years, editing a magazine and running a corporate training and educational development company, he settled at Crawford College Sandton before relocating to the midlands of KwaZulu-Natal. Kearsney College was Vaughan’s introduction to the IEB and he has been flying ever since. Desiring to be at a more innovative school, and being a city boy by heart, he returned to Johannesburg in 2017, having accepted a position at Redhill School, as Head of Department: English Home Language.

Micaela Browde completed a BA in Psychology and English Literature at Wits University in 2014. Between 2015 and 2018, Micaela led an informal-education focused youth movement, completed her PGCE with distinction at UCT, directed an education-based upliftment programme in rural Kwazulu Natal and completed her first formal teaching stint at Reddam College Constantia. In 2019, Micaela returned to Johannesburg and took up a position as English teacher at Redhill School.